Posted on November 12, 2011 by Diana Morningstar

New in my gallery: 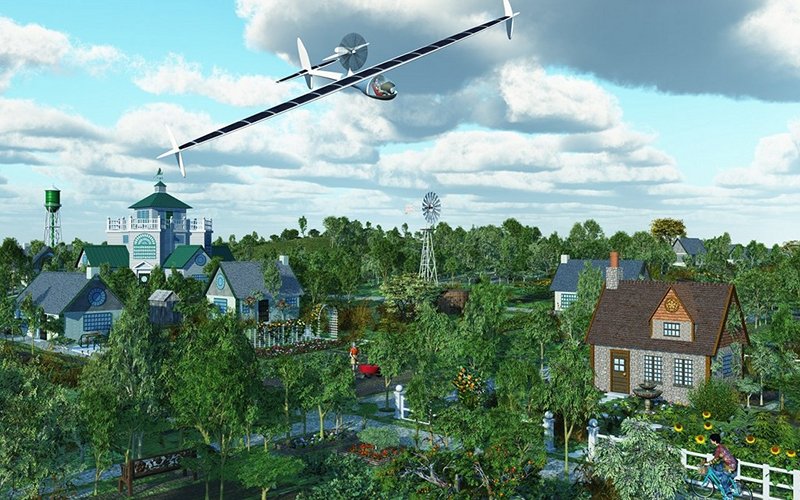 My 3D digital painting ‘Solar Flight’ has finally been rendered and improved to the point of being ready for print in larger formats. Much effort had to go into optimizing this 3d art project to get it to render suitably large and to bring out the colors I wanted. For a long time it had looked like I might never render this image large enough to print much bigger than a postcard, but persistence has paid off. 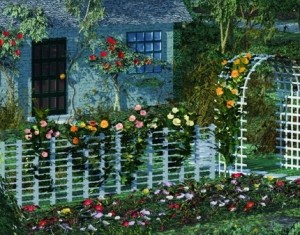 The result is an exquisitely detailed image that has much to reward the eye. The time I spent detailing and polishing this scene finally shows through.

The vision is of a gentle permacultural landscape, intensively cared for, producing both food and flowers in a peaceful world no longer dominated by petroleum powered engines and their attendant infrastructure. Is this a possible future or a pleasing illusion? Can a world without gasoline become a better world? 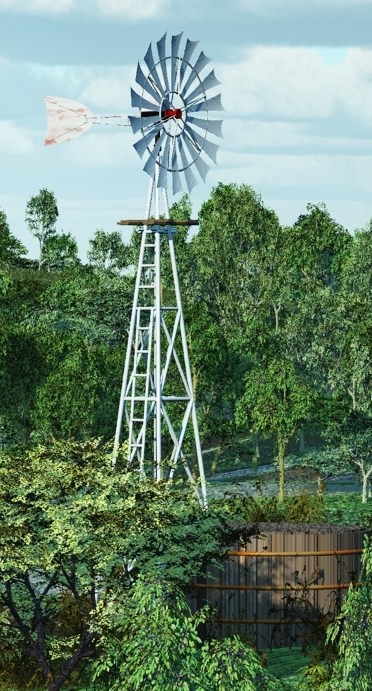 If it could be, is there a way to get there from here? Could such a de-industrial world give rise to that complicated solar assist glider seen soaring over the scene? Or is this after all just a pretty picture to enjoy without worrying? The artist only raises questions without necessarily answering them.

It was a lot of fun building this virtual 3D world in E-on software Vue and planting little virtual gardens all around. This is a fully realized 3D model that can be walked or flown through, and I am intending to render more virtual camera takes of it, with a bit of rearrangement and detailing to suit each shot, to make some more nice pictures of this scene now that I’ve put so much time into it. For close ups, I’ll be deleting much that’s off camera to spare my overtaxed computer that was stretched to the max producing this image.